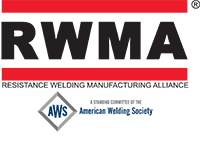 CZOCHRALSKI (CZ) METHOD - Pull from the melt
History
The Czochralski (CZ) technique of single crystal growth was developed in 1916 by Jan Czochralski as the serendipitous consequence of an accident and careful, astute observation by Czochralski himself. On an evening in July, he left a crucible with molten tin for a period of time and returned to writing his crystallization study notes. At some point, absorbed by his thoughts, instead of dipping his pen in the inkwell, he dipped it in the crucible and quickly drew it out. A thin thread of solidified metal hung from the tip and the discovery was made. The slot in which crystallization was initiated was eventually replaced by a narrow custom capillary and, in certain instances, by a seed of the growing crystal itself. Czochralski found later that the crystallized wire was in fact a single crystal.

The application of the CZ method exclusively as a technique for obtaining single crystals is due to W. von Wartenberg. At its simplest, it was a method of producing large single crystals by inserting a small seed crystal into a crucible filled with molten material, then slowly pulling the seed up from the melt in concert with its simultaneous rotation. Subsequent modifications of this method were applied to guide the basic theory into the realm of practical application.

Blurb: In his own investigations Czochralski used the Bridgman method to grow his single crystals.

The Czochralski method was essentially forgotten after end of World War II, but as demand for semiconductor electronic materials surged in the early 1950s, Americans G.K. Teal and J.B. Little from Bell Telephone Laboratories rediscovered this growth method, giving it worldwide recognition as the Czochralski method for growing large single crystals on an industrial scale. Today, still, it is accepted that no other crystal growth method can match its combination of crystal quality, dimensional flexibility and limited machining costs for overall value.

We are professional manufacturer in tungsten crucible, tungsten heating elements and molybdenum shielding elements which used in Sapphire crystal growing.

Scan the QR code to read on your phone